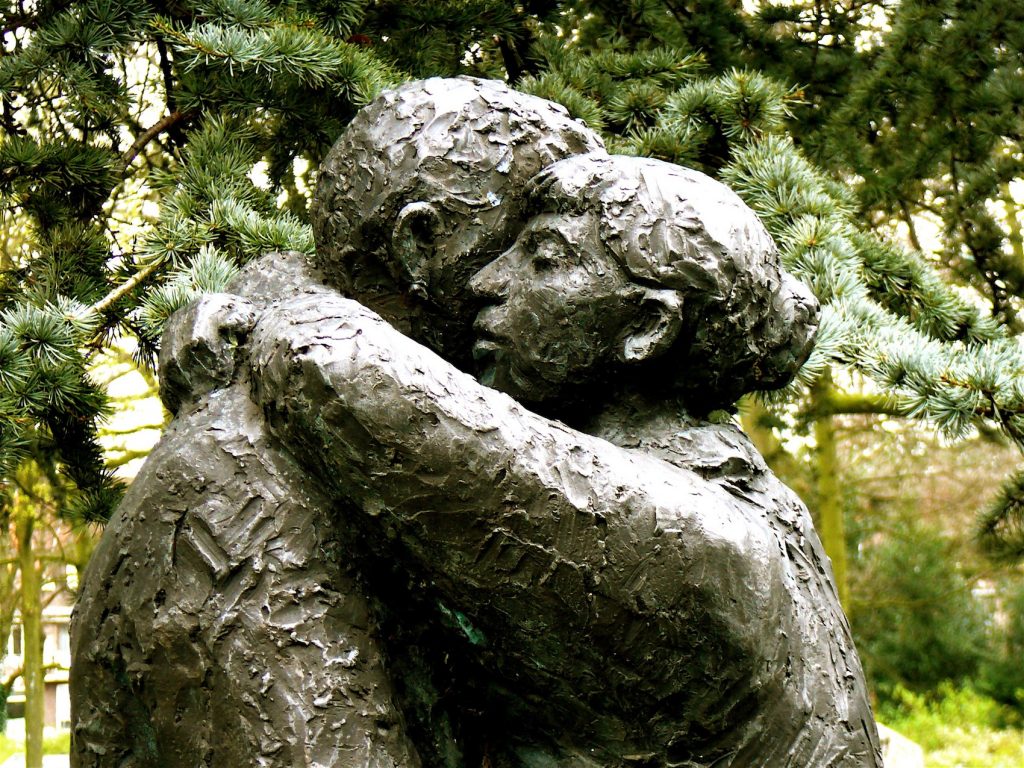 My grandfather used to tell an old joke: A older man is sitting on his porch with a friend. It’s one of those, hot, humid summer nights and the katydids are “katdidy-ing” and the bug zapper snaps and pops as moths and gnats and mosquitos get too close to its deadly blue light. First man leans over and says, “I got a joke…” he says… and pauses… and stammers as he tries to remember how the joke starts. Then he goes, “Ah, I got it now… What’s the name of that flower, the red one that smells nice and has thorns?” His friend responds, “A… rose?” failing to see the humor. First man says, “That’s it… “ and leans into the door frame, and shouts, “Rose! Rose! What’s that joke you told me the other day?”

The concept of memory has a vast hold on human society. Human memory has befuddled neuroscientists trying to figure out just how a collection of cells and chemicals retain images, words figures, impressions, sounds and even smells and tastes. Or more intriguingly, how we lose the ability to recall those memories. Business runs on the memory of vast computers, defined as tiny pulses of electcitiy… Off, and on, off and on, in picoseconds. Our bank accounts, credit, salaries, insurance, medical, criminal records, records of all kinds coded as 1s and 0s… on, and off, off and on.

Our entertainment, burned with lasers into the underside of plastic disks and stored on microchips. Movies, video games, music. Whole worlds and stories waiting to be experienced, villains, heros, heroines, damsels and damoiseaus in distress. Magic. Travels across time and space. Reducible to those switches… On and off, off and on.

And if our modern technology and civilization is driven by memory, then our society is equally driven by memory. We call it history, but it’s really just a collective memory, shaped and formed by thousands and millions of minds recalling and storing the information they’ve experienced into a whole statement about what happened. Where were you when…? Kennedy was assassinated? When Nixon resigned? Or the Wall fell? Or 9/11? Recall that my seniors were not born to experience 9/11… What will their generation-shaping memory be? There’s family memories, too… stories that get passed down and shape, for good or ill, family dynamics and relationships. The smell or taste of juniper, for example, sends me reeling backwards in time to my childhood on Providence Road, behind John Sevier Elementary, sitting on the concrete pad porch that was slowly being taken over by two large juniper bushes on either side, drinking water and then jumping up to go play in the yard.

I had the fortunate experience yesterday of watching two movies that processed and dealt with various aspects of memory. First, Christopher Robin, a live action Winnie-the-Pooh tale, in which the adult Christopher Robin must re-find himself by re-connecting with his childhood memories by returning to the 100 Acre Wood and playing, again, with Eeyore, and Piglet, Tigger, and Rabbit, Kanga, Roo and Owl, and of course, that bear of very little brain, Pooh himself. I cried, of course.

Then there’s “Robin Williams: Come Inside my Head,” an HBO documentary of the late comedian’s life. The end of the movie reveals that Robin suffered from Lewey Body Dementia, a form of dementia in which the brain literally forgets how to interpret the world around it. Sights get confused with sounds, memories confused with immediate experiences, sadness mistaken for joy, feelings of happiness interpreted by the brain as feelings of depression. As his friend Bobcat Goldwaite put it, Robin was aware he was losing his mind. He was aware of his own forgetting. Robin’s diagnosis and tragic end is particularly poignant for me, since my own Grandmother was a victim of this “awareness of one’s own forgetting.”

And we see the importance and fundamental place of memory in today’s readings, all of which command the People of God to not forget. Not forget who they were, who they are, and who they will be. The core identity of the Israelites is bound up in their deliverence from not just slavery in Egypt, but of death itself “passing over” the Israelite first born. An important, but overlooked story here: It isn’t just Pharoah the Israelites have be protected from, but from the judgement of a just God. Later the Israelites are again “pass-overed” from death and delievered into life: the giving of manna in the wilderness to feed the people of Israel in the wanderings. So important was this substance that it is one of three objects placed within the Ark of the Covenant: a Jar of Manna, the tablets of the law, and Aaron’s staff. Indeed, it raises a question… If your society forgets who it is… Then who is it? Whats it’s identity? These things become open for debate, or worse, challenged and asserted as objective opinions and the culture simply waves in the wind. Sound familiar?

Indeed, Paul and Jesus both exort their listeners to remember who they are. Forgiven followers of a resurrected Lord. Christ completes and makes real the memory of manna in the wilderness… Just as we wander through our own wilderness, with competing memories and competing stories, Christ assures us that we are his people by giving his body as bread, nourishment for the journey to the New Jerusalem. In turn, we tell this unforgetabble story by incorporating others into it; just as we are forgiven, we forgive. We remember by *doing* the memories, not just recalling them fondly. Think of the sacraments: particular mini-moments acted out between priest and people that recall and make present stories and moments within the Jesus story; microsoms within the macrocosm of the Gospel itself. And in that mini-remembering, we experience Communion with our Savior. I don’t know the mechanism of all this, so please don’t ask. Maybe it’s a form of spiritual time travel or like stepping into a fast moving river. Or maybe it’s like that episode of the Twilight Zone, where residents of an old-age home re-find their youth and their identities by playing a game from their childhood: Kick the Can, but there’s something in the *doing* that makes the memory real and not simply a campfire story.

Or maybe it’s like this: Some of you may remember that Garrison Keillor, a beloved radio star, was suddenly ejected from ties with Minnesota Public Radio due to allegations of sexual misconduct with a female employee. Now, for the record, I don’t know the truth of the allegations, and neither do you, but Garrison wrote piece on his Facebook this week:

“I wept in church this morning, sat in my pew and wept big tears, breaking several decades of dry-eyed Christianity. … It was a healing service and after the sermon, the clergy and deacons stood in a line across the front of the church and people were invited to come forward for prayers of healing. Some old, some young, came up to a clergyperson and the two of them joined hands and the supplicant leaned forward and whispered and the clergyperson prayed for him or her. These encounters took several minutes, there was no hurry. It was so moving, the visible Body of Christ offering prayerful attention to individuals who needed it, and I wept so I couldn’t even sing the healing hymn, “Take My Hand, Precious Lord.” A steady stream of people. And then I joined them and I went to a black lady deacon who took my hands and I whispered that I have too much anger about a wrong done to me and I feel crippled by anger, and she prayed in a soft Caribbean voice, a long prayer, as I stood there, trembling. And then the hymn, “It Is Well With My Soul,” which I love, and another, with the chorus, “He will raise them up, He will raise them up, in the last day” and all around me, white, black, gay, straight, holding their hands in the air for faith in the blessed Resurrection. Anglicans, being charismatic. I grew up in a cold fundamentalist sect in which doctrinal purity was the whole emphasis, there was no laying on of hands, only wary sidelong glances. This is a miraculous church, St. Michael’s on 99th and Amsterdam. I would move to New York just to attend there.”

That’s the Gospel. That’s the Good News. We don’t have to experience our anger, our hurt, our suffering, the wrongs done to us or the wrongs we’ve done over and over. We experience *forgiveness* over and over, and we don’t forget. We remember. We remember by forgiving because we were forgiven first. This is what Good News is: freely offered, freely given, accessed by being freely remembered and freely acted on.

“And besides all of that, I wrote four limericks during the sermon, which was inaudible.

“Have mercy upon me, O Lord.

I am weak and willful and bored.

I’ve abandoned Your Ways But I kneel in Your praise, Bless my pen and my laptop, my sword.

I say the prayer of contrition And see my pernicious condition, And then in an instAnt am cleansed, at least rinsed, A sinner but a newer edition.”