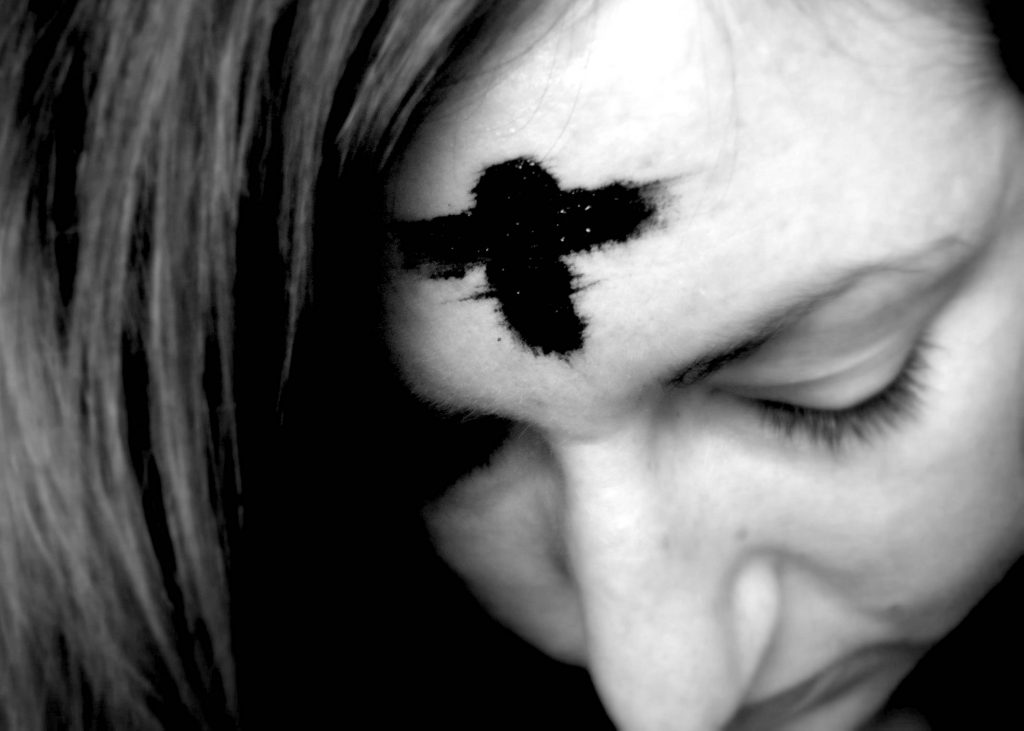 The trumpet is sounding.
Blow the trumpet in Zion,
And sound an alarm in My holy mountain!
Let all the inhabitants of the land tremble;
For the day of the Lord is coming,
For it is at hand:
A day of darkness and gloominess,
A day of clouds and thick darkness,
Like the morning clouds spread over the mountains.
A people come, great and strong,
The like of whom has never been;
Nor will there ever be any such after them,
Even for many successive generations. (Joel 2:1-2)

The watchman on the wall sees an invading army and calls the people to battle stations. In the opening two chapters of Joel, he sounds and resounds the alarm. An army is coming that covers the skies in darkness and the land in flames. What kind of army does Joel foresee?

An army of locusts. They are swarming, chewing, crawling and consuming the land. Nothing can stop them. They run on the walls. They cover the city. They climb in houses. Joel exclaims,

Then he delivers the shocking news, the LORD leads this destroying army against His people. Joel cries out,

The Lord gives voice before His army,
For His camp is very great;
For strong is the One who executes His word.
For the day of the Lord is great and very terrible;
Who can endure it? (Joel 2:11)

The writer of Hebrews declares, “The Lord will judge His people.  It is a fearful thing to fall into the hands of the living God.” (Hebrews 10:30-31). Israel viewed the day of the Lord as a day when they would be vindicated as God’s chosen people in the face of their enemies. But Joel and Amos declare that a day of the Lord really is coming, and when He comes, the people of God will fall under judgment.

We might think of this dreadful day as the day of Unveiling The Lord of Glory. When the glory of God is unveiled, the sin of humanity is exposed. Isaiah goes to the Temple in worship and the Holy God unveils His glory. Isaiah cries out,

“Woe is me, for I am undone!
Because I am a man of unclean lips,
And I dwell in the midst of a people of unclean lips;
For my eyes have seen the King,
The Lord of hosts.” (Isaiah 6:5)

Isaiah serves as a mouthpiece of God in the midst of His people, but that very gift is unclean in light of the holiness of God. In a flash, the veil is peeled back and the terror of God’s Holy Beauty is Unveiled. Isaiah, Paul, John and others fall down as dead in the presence of the Lord.

As we begin the Lenten journey, we remember the unveiling of God in all His terrifying glory. The same God who created the heavens and the earth, destroyed the world by flood. When He comes, He exposes us for who we are. All flesh stands naked before the living God.

In his poem “Prayer to Keep My Feet on the Ground,” Bobi Jones expresses this terror of beholding God in the midst of the world. He writes,

“The living God became too much for me today,
the pressure of His bright azure overpowered me.”

Everywhere he turns, he senses the Lord drawing near.

“Out of the all He avalanches. Everywhere around me,
In the deep waves that are cleansing the bay,
Terrible His whiteness, in the velvet air
That’s a shudder through the force of the breeze, He’s a hand
That fastens on my bosom to subdue me.

Though I turn to the streets, yes, on the walls of the shops
His glory strolls in royal procession.
The crowd of His righteousness comes through the glass of the windows….”

God draws near as lover, but it is overwhelming. He continues,

“I’ll be broken. I know His dagger’s affection is already in my ears.”

Finally, he cries out for mercy,

“Have pity, my Enemy. A glimpse, even
Through a slot, is enough to strike this poor speck of a maggot blind.” [1]

As He beholds God’s glory, he beholds his own sinfulness, impurity and brokenness. The beauty of The Lord is disarming. Augustine, Calvin and others talk about double knowledge: we can only know ourselves by knowing God. When we truly behold the glory of God, we also behold the sin and darkness of our own hearts. When God unveils His glory, His unveils our souls. This unveiling is much like Joel’s declaration:

“The land is like the Garden of Eden before them,
And behind them a desolate wilderness;” (Joel 2:3b)

What seemed so wonderful and so righteousness is exposed in light of God’s glory. Isaiah makes a similar proclamation when he sings,

“But we are all like an unclean thing,
And all our righteousnesses are like filthy rags;
We all fade as a leaf,
And our iniquities, like the wind,
Have taken us away.” (Isaiah 64:6)

Our righteousness. Think about that for a moment. The very best thing I can offer The Lord falls short; it is still like filthy rags. On Ash Wednesday, we behold the Holy God and we behold our sin-stained humanity. It is the revealing of our frailty, our sin, and our bodies that will fail and fall and die. Ash Wednesday sets in a motion a season of stripping away. To use Thomas Merton’s language, our false selves must be exposed, stripped away, so that the true self can be revealed.

This realization brings us back to God afresh as we cry out for mercy and grace. In Joel’s text for today, the trumpet is sounding again,
“Blow the trumpet in Zion,
Consecrate a fast,
Call a sacred assembly;
Gather the people,
Sanctify the congregation,
Assemble the elders,
Gather the children and nursing babes;
Let the bridegroom go out from his chamber,
And the bride from her dressing room.
Let the priests, who minister to the Lord,
Weep between the porch and the altar;
Let them say, “Spare Your people, O Lord,
And do not give Your heritage to reproach,
That the nations should rule over them.
Why should they say among the peoples,
‘Where is their God?’” (Joel 2:15-17)

This time the sounding of the trumpet is not a call to war, but a call to prayer, a call to fast, a call to mourn, a call to repent. Like a call to war, this call comes with passion requiring immediate response. Don’t delay one moment. Run to the Temple. Cry out to God. Seek His face while He may be found.

Paul echoes the urgency in his letter to the Corinthians, “Behold, now is the accepted time; behold, now is the day of salvation.” (2 Corinthians 6:2b). Today we rehearse the call of Joel, Amos, Isaiah and Paul to run headlong into the mercy of God. We must remember and rehearse our desperate need for mercy and grace. So we turn and return to the source of life. The foundation of our faith, and the essence of what it means to be person, the be human, to be a child of God.

We pray with King David,

Think of this renewing like the renewing of vitality, of life, of strength, or joy. Even as we acknowledge our mortality, we acknowledge God’s life and power at work in us. So Lent is a time of lightening, a time of stripping off the weights that discourage, hinder, weaken us. These very weights age us, exhaust us. G.K. Chesterton once compared our sinfulness to aging when he said, “we have sinned and grown old, and our Father is younger than we.”[2]

Sin ages, blinds, weakens, cripples. We live in a world where deathlike patterns of lust and greed and self ambition surround us at every turn. In our news, in our sports, in our entertainment, in our businesses and even in our schools. We are immersed in a world of ideas and images and songs that reinforce our idolatries. John Calvin suggested that these idolatries lead to oblivion. We can no longer see the beauty of the people around us. We can no longer behold the glory of God in the sunrise. Instead of living as grateful children, we are overtaken by bitterness, resentment, anger, selfishness.

Alexander Schmemann once said that when Adam and Eve took the fruit of the tree of the knowledge of good and evil, humanity took what was not given. Ever since then we have a pattern of taking and not receiving in thanksgiving. He writes,
“The world of nature, cut off from the source of life, is a dying world. For one who thinks food in itself is the source of life, eating is communion with the dying world, it is communion with death. Food itself is dead, it is life that has died and it must be kept in refrigerators like a corpse. For “the wages of sin is death.” The life man chose was only the appearance of life. God showed him that he himself had decided to eat bread in a way that would simply return him to the ground from which both he and the bread had been taken: “For dust thou art and into dust shalt thou return.” Man lost the eucharistic life, he lost the life of life itself, the power to transform it into Life. He ceased to be the priest of the world and became its slave.”[3]

As we heed the call of Joel to consecrate a fast, to call a sacred assembly; to gather the people, to sanctify the congregation, to cry out ,“Spare Your people, O Lord,” we are truly walking, even running to the cross of Christ. In our Savior Jesus Christ, we return to the Tree of Life. In His body broken for us, in His blood shed for us, we pass through death to life.

Jesus leads us home to our Father in Heaven. Let us turn our hearts toward Him. During this season of Lent, we fast, we pray, we give, we worship, we watch for Him. I would encourage us all to pause with the Daily Readings from the Book of Common Prayer and rehearse the journey home with the ancient Israelites, with the disciples gathered round Jesus, with the Apostles writing the New Testament church. Let us as cry out to God for mercy, ask Him to reveal us, expose us, lead us from slavery to freedom. Let us cry out for renewal of heart and mind, that we might truly be living sacrifices of thanksgiving unto our Father in Heaven.

[1] Bobi Jones. “Prayer to Keep My Feet on the Ground.” from Bobi Jones Selected Poems (translated by Joseph P. Clancy). This and subsequent quotes from the poem are drawn from pp. 145 -146.
[2]  “Because children have abounding vitality, because they are in spirit fierce and free, therefore they want things repeated and unchanged. They always say, “Do it again”; and the grown-up person does it again until he is nearly dead. For grown-up people are not strong enough to exult in monotony. But perhaps God is strong enough to exult in monotony. It is possible that God says every morning, “Do it again” to the sun; and every evening, “Do it again” to the moon. It may not be automatic necessity that makes all daisies alike; it may be that God makes every daisy separately, but has never got tired of making them. It may be that He has the eternal appetite of infancy; for we have sinned and grown old, and our Father is younger than we.” G.K. Chesterton in Orthodoxy.
[3] Schmemann, Alexander (2010-04-01). For the Life of the World (Kindle Locations 181-186). St Vladimirs Seminary Press. Kindle Edition.